Prospects of the Anwar moment in Malaysia 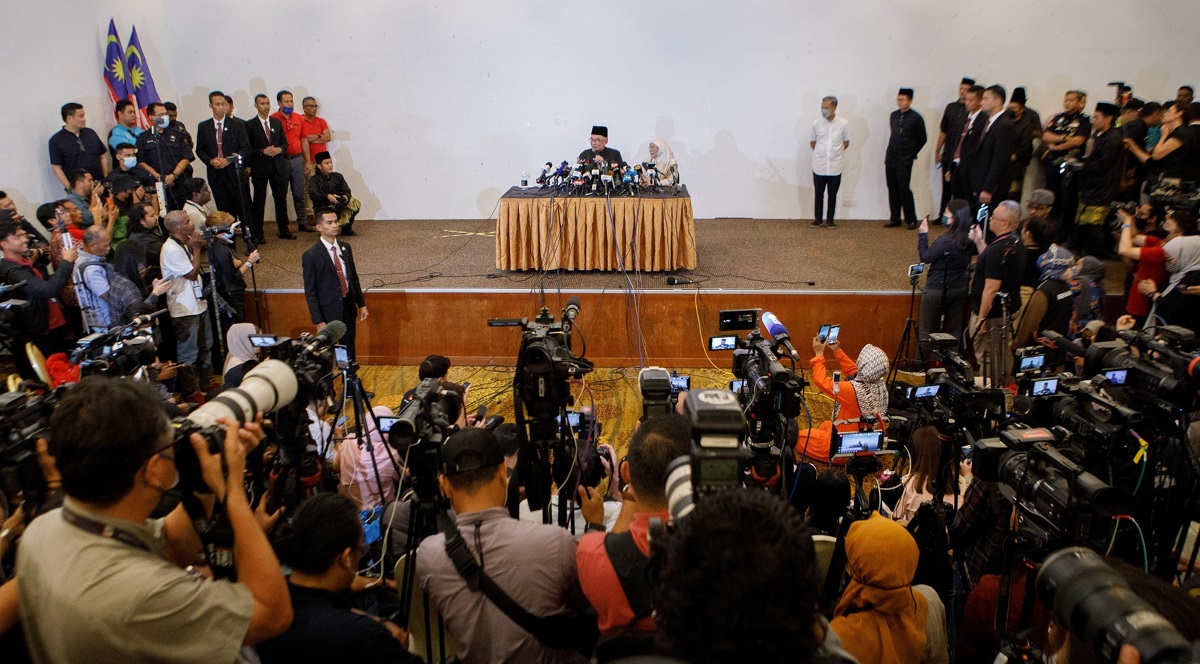 Anwar is the man of the moment in Malaysia. The times need him as much as he needs them / Photo: Bloomberg

The rise of Anwar Ibrahim to the premiership of Malaysia represents a multiracial turn in its politics that is as welcome as it is historic. For once, Malaysia has an opportunity to translate the ideals of its independence from Britain into the progressive national character that should rightly belong to a country where talent in the hard sciences, the humanistic arts and the gentleness of culture cuts across ethnicity, gender and ideology.

For too long, that talent of its people has been held hostage to the colonial (and then post-colonial) phenomenon of the “plural society”, which is one where occupation matches ethnicity. Colonial and post-colonial ascriptions affect expectations because power produces the structures of meaning and the forms of knowledge that inform the sense of the self and its worth.

Thus, if one race is identified with the making of money, it will see wealth as constituting its calling in society. If another race is associated with agriculture, farming will frame the terms of its self-reference. If yet another race is associated with work on plantations, the young will consider it natural to continue the work of their forefathers there. If a certain race is identified with policing, it will want to police the system so as to ensure its privileges.

The British creation of “martial races” in India is a case in point. It militarised the practice of colonialism in a way that set the martial races apart from and put them over the non-martial races. The plural society envisaged in colonial Malaya similarly privileged some avowed racial characteristics over others, leading to the victimisation of Malays as being lazy and backward — which they certainly were not.

The curse of a plural society has informed the mythicisation of Malaysia in a way that is meant to belittle and demean its wonderful people, thus foreclosing human, everyday options for political and social change.

Malaysia struggled to regain an indigenous self-definition in the long aftermath of colonialism, which had ended formally in 1957, because historical legacies can be as pernicious as historical aberrations themselves. Colonialism was the greatest aberration in Malaysian history.

But there was a problem. If colonialism had to be rejected, and it would have to be, did this mean that the ethnic identities inherited from that period by the beneficiaries of colonial rule would have to be erased as well? If Malay nativism were to be the founding principle of a new Malaysian polity, what would happen to the races that had been brought into Malaya during colonial rule? That was the question with which every Malaysian leader has grappled.

Anwar is not the first leader to challenge the problems of Malaysian history. After the patrician legacy of Tunku Abdul Rahman and the premiership of Tun Razak were destroyed by the race riots of May 13, 1969, Dr Mahathir Mohamad sought to modernise Malaysia economically — which he did — but only on the basis of the politics of Malay nationalism as the supreme (and supremacist) independent variable of electoral permutations and combinations. To his credit, he stabilised the system.

To his discredit, too, he did so by entrenching Malay privileges through the affirmative action inherent in the New Economic Policy. No subterfuge against meritocracy can last long. If internal dissension does not break it, an external shock will. That is exactly what occurred when the Asian Financial Crisis at the tail-end of the last century destroyed the economic basis of Malay supremacy.

The rift between Mahathir and Anwar that was produced by the crisis was emblematic of the national situation. Time was up for the old dispensation, but it refused to give way. The time for the new had arrived, but it was but a fledgling answer to the old. The old prevailed, Anwar went to jail, and the momentum of change generated by the Reformasi movement was subverted, for the time being.

That “time being” has finally passed. Its departure was inaugurated in the popular overthrow of the Barisan Nasional (BN) government in the 2018 general election (GE). The BN was not to be trifled with: It institutionalised the need to keep the political and economic peace through elite adjustments among the major races, at least in Peninsular Malaysia. However, while the BN managed to avoid elite dissension on the whole, it failed to garner popular support for its Malaysian model. The 2018 GE made the point. Now, Anwar’s arrival at the pinnacle of electoral power in Malaysia cements the transition away from the Malaysian Old to the Malaysian New.

Political transitions are never final. However, they can be definitive. It is safe to say that Anwar’s ascendancy to his first footsteps in Putrajaya was taken in the spirit of the footprints of Malaysian nationalism that could have been erased by the ebbs and flows of Malay, Chinese, Indian or Eurasian sub-nationalisms attacking the shores of the body politic.

This is why Anwar is the man of the moment in Malaysia. The times need him as much as he needs them.

What he brings with him is not a mass base. That base belonged to the Tunku once and then to Mahathir. The Malaysian political spectrum is far more fragmented today than it once was. Malays do not agree largely with other Malays simply because they belong to the same race. So too for the other races. Had this not been the case, the BN, which once occupied the commanding heights of the political economy, could not have been reduced to its dismal numbers in the GE this year. The mass base in Malaysia today is an unwieldy conglomeration and rough aggregation of race and class in a nation emerging into an unknown sense of its own. No one person owns that base either through charisma or patronage.

Instead, what the times call for is the emergence of the interstitial leader. He (or she) is one who is not captured by a mass base so large as to be immune to the reality of other mass bases. Parti Se-Islam Malaysia (PAS) and the Democratic Action Party (DAP) constitute the two extreme ends of the Malaysian electoral spectrum in this sense.

PAS caters to the racial and religious insecurities of the rural Malay/ Muslim heartland which seeks an escape from the burdens of modernist existence in the imposition of Islamic shariah law, including its criminal penalties known as the hudud. The urban constituencies that support the DAP visualise a multiracial Malaysia in which religion will not be the chief determinant of national affiliation. They desire a “secular” nationalism, within the remit of the Malaysian Constitution, that suits the mood of the globalising times.

Anwar understands that each extreme has a point. The farmer in Kelantan or Terengganu — PAS bastions — cannot be expected to behave like a software engineer in Penang or Johor — DAP strongholds. In a Malaysia that belonged purely to the agricultural piety of a farmer, the engineer would not exist. In a Malaysia that belonged only to the globalising ambitions of an engineer whether he was an atheist or an agnostic, the farmer would not exist. But both must, so that Malaysia continues to exist.

Anwar, the interstitial leader, is free enough of any constraining constituency to be able to act as a sturdy bridge among the constituent diversities of Malaysia. He succeeded as a youth leader with a strong socialist bent before he entered the fray for the top leadership of a nation that needed to combine the resources of land, labour, capital and information to keep its place at the table of developing nations. His appeal to international capital is underpinned by his strong roots in Malaysian soil.

Certainly, he faces a host of challenges. From keeping his parliamentary majority to preserving a semblance of peace between PAS and the DAP, from crafting a Cabinet to ensuring that its fractious nature does not destroy its agenda, he has his work cut out for him. His political rivals and their allies in the Establishment will work overtime to ensure his overthrow because he challenges their vested interests. Also, he himself is human and is therefore prone to the lurking temptations of ego and power.

Yet, he is a cut above the rest. If he can bring the youthful charm of his (admittedly ageing) face to bear on the dismal contortions of geriatric Malaysian politics; if he can make Malaysians believe that they have more in common than what divides them; if he can convince a sceptical electorate that politics does offer a way out of the nepotism of the status quo; he will be a man that Malaysia will remember — long after this “iffy” moment has passed.